A "PEACEFUL" MUSLIM DEMONSTRATION IN LONDON

This is not shown in the USA as it could help people understand why we are there and the ideology we are fighting.

Muslims have stated that England will be the FIRST country they take over!

These are pictures not shown on American TV or in American Newspapers (as they might help people understand the stakes in Bush's war on terror), but were forwarded to me by a friend who thought Americans ought to know.

These are pictures of Muslims marching through the streets of London during their recent "Religion of Peace" Demonstration.

Why would anyone think that we should be at war with such nice, peaceful Muslims! 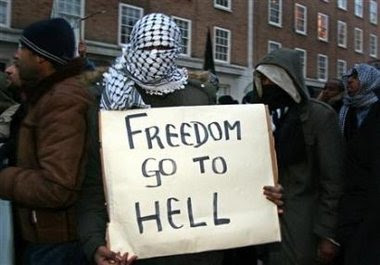 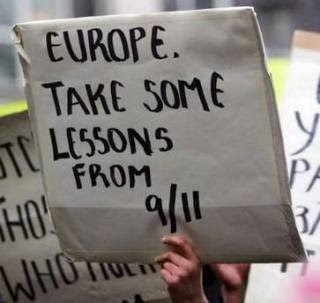 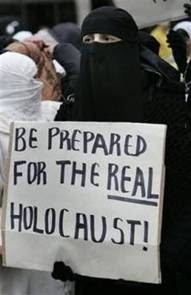 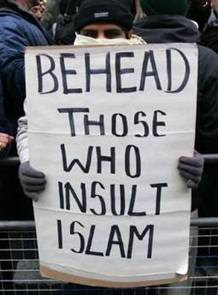 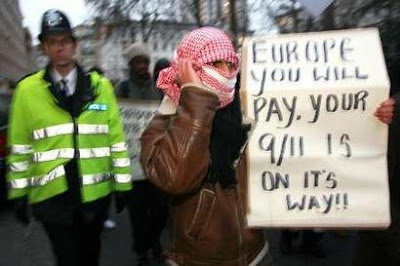 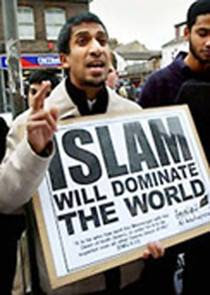 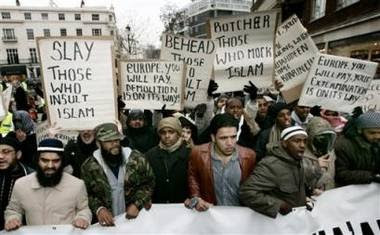 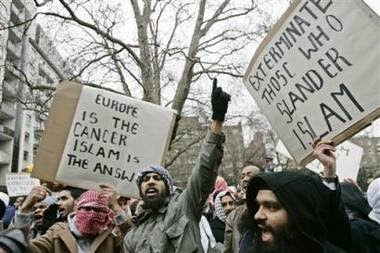 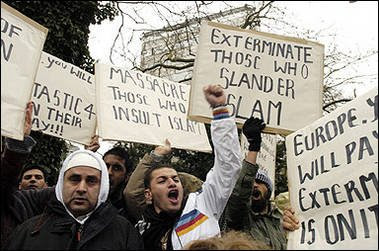 Europe will someday be called "Eurabia". It is already happening and America is next.
Non-Muslim birthrate in America = 1.9 children per family

So those of us who believe these monsters are doing everything they can to live up to their stated objectives, as evidenced by the above signs, have our heads in the sand? We're prejudiced and bigoted, eh? They don't mean anyone any harm, right? They can be "talked to", "reasoned with" and on and on with your lame talking points, correct?

Well, you go right on believing that nonsense.

There are no moderate muslims. They don't exist. No such thing. Nor is it a "religion". It's a pathological societal ideology.

Wake up you whiners--they'll take your head as quickly as they'll take the next infidel's. Regardless of how "politically incorrect" it is, they will discriminate against your homosexuality, your gender, your religious beliefs, your stand on torture--every last little thing you bitch and whine about as being politically incorrect and every little thing that offends you won't matter a damn to them. If it doesn't fit into their view of a world dominated by shari'a law, you will lose your head.

Don't like it? Tough. Educate yourselves and grow up. Pull your heads out of your asses and start acting like you want to live as freely as you wish to oppress anyone who "offends" you. Otherwise, we'll walk by and, sooner or later, barely even notice your head on that pike.

**This was a production of The Coalition
Against Illegal Immigration (CAII). If you would like to
participate, please go to the above link to learn more. Afterwards,
email brianbonner90-at-gmail-dot-com and let us know at what level you would you would like to participate.