It is the votes, stupid! 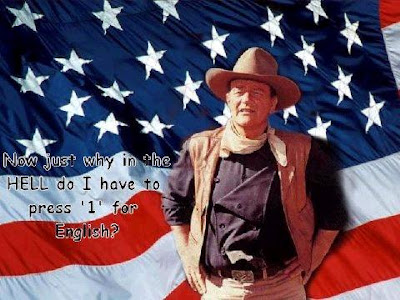 Nearly one year ago, Senate Minority Leader Harry Reid was polluting the immigration debate by calling a proposal to make English the official language "racist."

"This amendment is racist. I think it's directed basically to people who speak Spanish," the Democrat said during the already tense debate over immigration reform.

However, Reid has not always been so tolerant of Hispanic newcomers.

In fact, in 1993 the unremarkable Harry Reid introduced the 'Immigration Stabilization Act' on the floor of the US Senate, and sounded downright intolerant of illegal aliens.

In 1993, illegal aliens were overwhelmingly Hispanic, just as is the case in 2007.

At the time of Reid's impassioned rant in 1993, America was collapsing under the weight of 3.5 million illegal aliens.

The crisis motivated Reid to declare: "Our borders have overflowed with illegal immigrants placing tremendous burdens on our criminal justice system, schools and social programs."

"Our federal wallet is stretched to the limit by illegal aliens getting welfare, food stamps, medical care and other benefits often without paying any taxes," Reid continued.

And the need to prevent illegal immigration is far greater now than it was in 1993, given the events of 9/11 and the ongoing war on terror.

So why was Reid so gung-ho in 1993, but reduced to race-baiting obstruction in the far more dangerous environment of 2006?

It is the votes stupid!

Harry Reid and the Democrats realize they can no longer win elections by appealing to real American citizens.

They now know that their only hope rests with pandering to 20 million illegal aliens, or "undocumented Democrats," truth be told.

The liberal motto, then, is as follows: To hell with the best interests of America, the more important objective is having Democrats in power.

If calling a common sense amendment "racist" advances that objective, Reid and the loony left are more than happy to take those cheap political points to the bank--pronto!
This was a production of The Coalition Against Illegal Immigration (CAII). If you would like to participate, please go to the above link to learn more. Afterwards, email stiknstein-at-gmail-dot-com and let us know at what level you would like to participate.