Georgia leads the country in immigration reform…but is it enough?

I may have been a little too optimistic last week. Look what I found on my way to an Easter gathering yesterday: 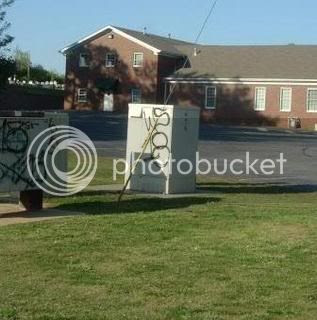 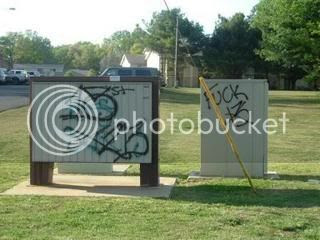 I wonder if I should bake our ‘newcomers’ a pie and welcome them to the neighborhood?

Nah…i’ll just e-mail these pictures to the Gang Unit instead.

Interestingly enough, our beloved 18th streeters have a Public Service Announcement for us:

Even Gangbangers know that doing drugs is stupid. They choose to sell it to dumb Gringos instead…

So, what is the connection between illegal aliens and gangs? In an Anti-gang study conducted by the LAPD and the INS; the following statistics were found:

Warrants and other documents served: 62 or 50% were illegal aliens.

NOW do you see why so many of us are angry?

Exclusive: You Can Help Control Flood of Illegal Aliens: Take These Action Steps

Come this summer, Georgia residents will need to carry a passport, an original birth certificate or other papers proving their U.S. citizenship accompanied by a state photo ID to get most public benefits from the state like food stamps, Medicaid, assistance for paying heating or cooling costs.

Almost one month ago, a 16-year-old boy broke into the Travis Drive church and flooded the bathrooms, discharged a fire extinguisher on the church pews and carpet and smeared [GANG]graffiti on the walls, according to authorities.